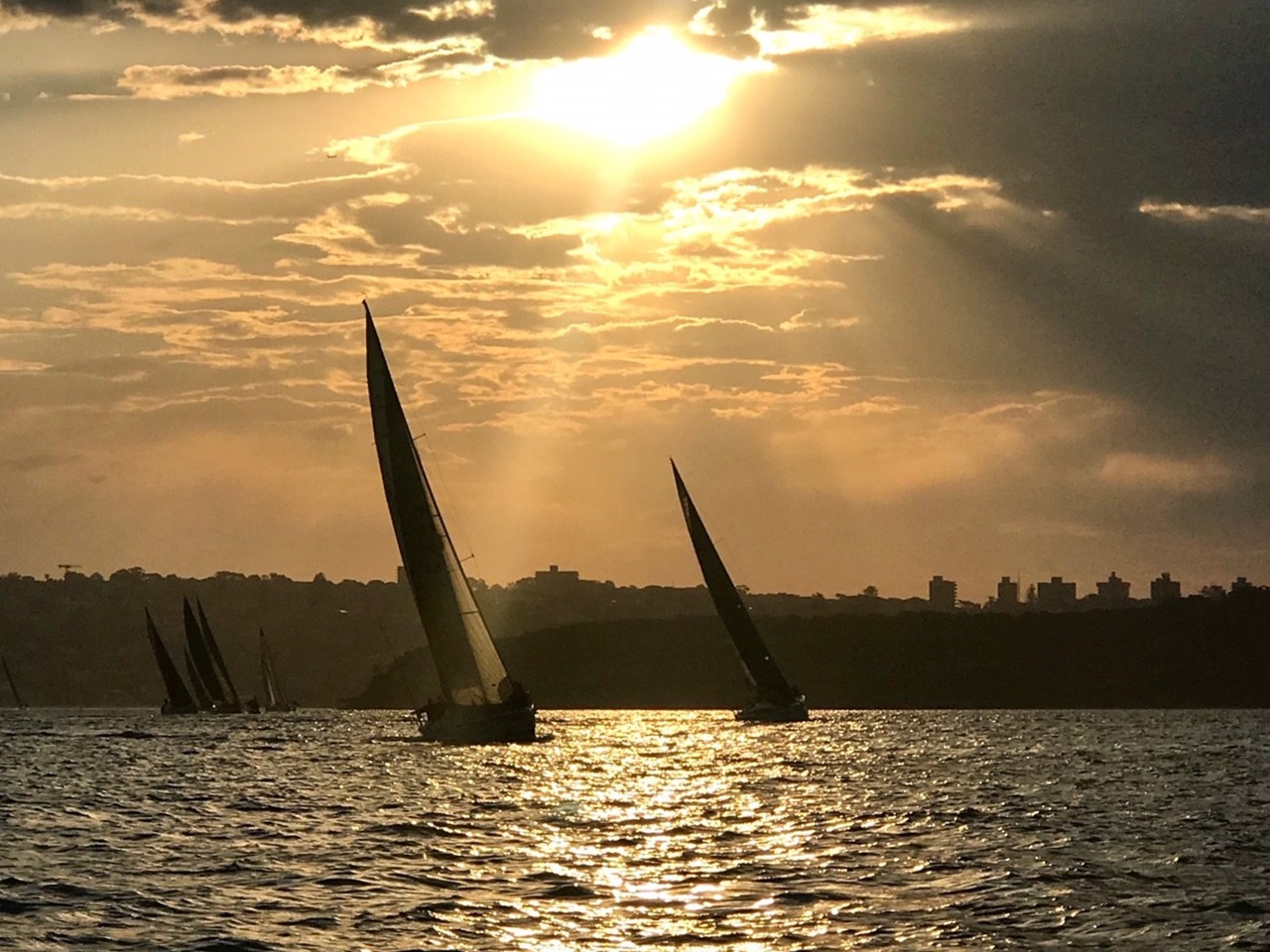 After 22 of the 25 races scheduled for the 2019-2020 season, the Thursday Twilight Non-Spinnaker Pursuit Series has been cut short by Covid-19.  While we look forward to the restrictions being lifted and resuming Twilight Sailing again in October, here is an overview of a Twilight Season that provided a lot of fun over the past six months……….

Entry numbers were very strong this year, with the fleet peaking at 45 boats on January 30.

The weather was generally kind this season.  Racing in the Post-Christmas Series was abandoned on February 13 and March 5 due to strong and gusty winds, but every race was completed in the Pre-Christmas Series.

Sydney Beach Homes came on board this year as sponsor of our Twilight Theme Nights.  It was wonderful to see so many of the crews getting into the spirit of the occasion with some outstanding outfits.  Following on from a great Christmas Twilight on December 19, we had an Australia Day theme on January 23 and Valentines theme on February 13.

Here are a few photos of the fun… 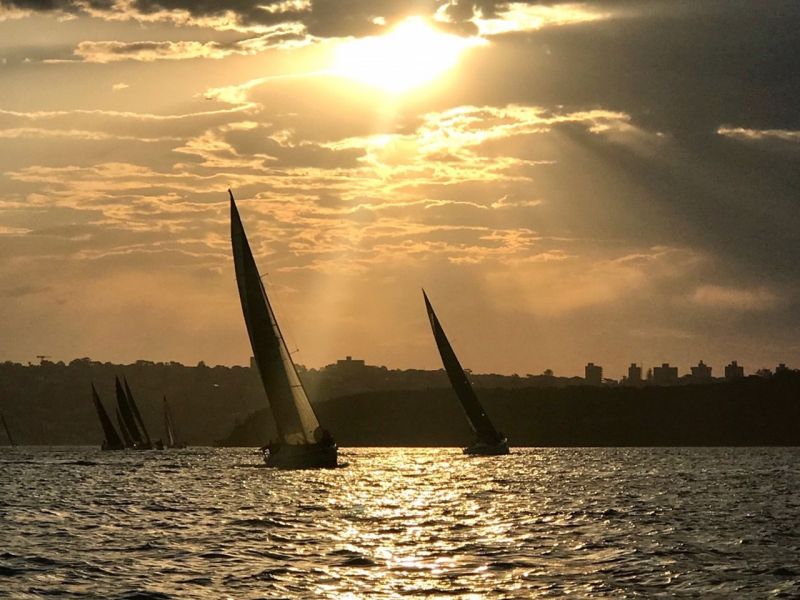 The theme nights certainly boosted the numbers enjoying a meal at the club after racing, but every Thursday Twilight provides an enjoyable social atmosphere.

SailPass was introduced in September to enable all crews to comply with the World Sailing eligibility rules and ensure all participants had personal accident insurance cover.  While there were a few teething problems with the new procedures and it took a little while for regular Twilighters to get accustomed to the online registration, most people found it was very easy to register with their smart phone or PC.  Overall, including the Charity Regattas, MHYC had almost 1,200 SailPass registrations for the season with about half being Twilight participants.

Walter Carpenter’s Dovell 50 Samarkand scored two wins in the first three races of the new season, setting the pace for the Division 1 fleet.  With no other wins but consistently low scores throughout the series, Samarkand claimed the Pre-Christmas title with 38 points, just beating Tempo (Michael Smith) on 39.  Toy Box 2 (Ian Box) was third on 43 points.

Eliza, David West’s nimble Barrett 10, kept the scores low in the early part of the Division 2 series to build a buffer and finish on top with 36 points, six ahead of Equinox (Todd Trenear).  Both Equinox and Gusto (Angus Grinham) finished on equal points, but Equinox took second place on a tie-break.

Thiseldo, Kevin Bloor’s Adams 8, notched up four race wins in the middle of the series to finish eight points ahead of Single Malt (Peter Gilliland) on 27 at the conclusion of the Division 4 series.  Chowringhee (Harry Brigden) finished in third on 28 points.

Division 1 was closely contested after the Christmas break, with Andrew Hurt’s Sydney 36 Onya claiming the series win by one point from Wailea (Neil Padden).  With a single win in Race 4, Wailea was on the right side of an equal points tie-break with The Gambler (Stewart McGeady) who finished third.

Garth Riley’s Sirius and Geoff Charters’ No Friends were neck and neck throughout the Division 2 races, with neither scoring a race win.  At the conclusion of the series, Sirius claimed the win on a tie-break from No Friends, with Rumba (Kerry Burke, Rob Carr & Stephanie Cook) in third just one point behind.

Wirrajurnd, the Sydney 32 of Gerry O’Connor and Murray Smith, was the clear winner in Division 3 after 11 races.  White Pointer (Keith LeCompte) finished in second place – eight points astern of Wirrajurnd and one point ahead of French Connection (Neil Simpson).

Consistency is all-important in the Annual Pointscore which combines the Pre and Post-Christmas results.  The final scores were extremely close in most divisions and only one of the divisional winners in the Pre and Post series claimed the overall title.

Five of the six scheduled races were completed for the Women's Helm Twilight Pointscore with a variety of wind strengths.

Liz Charles steered Kayimai to the Division 1 win, finishing on 7 points ahead of Pauline Henderson at the helm of Tempo (8 points) and Onya (9 points) with Mel Godfrey at the wheel.

Nicky Bethwaite took White Pointer to a one point victory in Division 3 with three boats on equal points close behind.  The tie-break came down to the result of the last race with Gillian Ruckreigel claiming a win to secure second overall on Moonshadow V.  Amanda Hicks’ Peach-Teats Velocity held on to third place while Jackie Morgan and French Connection dropped off the podium.

There were only two boats in the Division 4 series won by Catherine Rofe on the J/24 Kaotic from Kelly Nunn-Clarke at the helm of Nashira.

MHYC’s Annual Prizegiving, originally scheduled to be held on May 16, has been postponed until the social distancing restrictions have been lifted.  Until we have the opportunity to come together and celebrate the achievements of all our sailors, congratulations to all the series winners and placegetters.