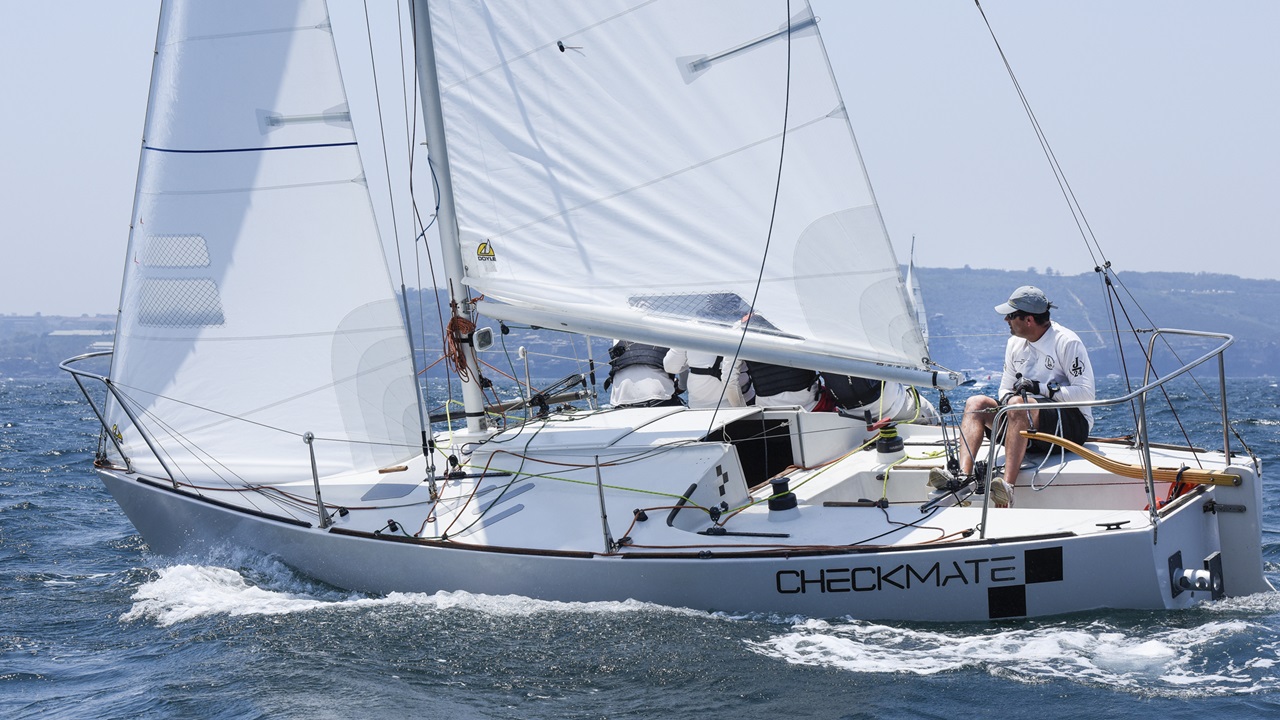 The 2020 Australian J24 Championships concluded today after four days of racing in a variety of conditions.  Race Officer Steve Tucker and the MHYC Race Management Team completed the full schedule of twelve races with two days of north-easterly and two days of cooler southerly breezes on Sydney Harbour.

Brendan Lee, the 2019 National Champion from Sandringham Yacht Club in Victoria, started the defence of his title with new boat Checkmate by leading after the first day of racing. On the second day, two wins for Steve Wright and the Tinto crew from Cronulla Sailing Club moved them to the top, one point ahead of Checkmate.  After nine races, Tinto had increased their lead over Checkmate to three points, with both clear of David McKay’s Stamped Urgent, also from Cronulla, in third.

Today's final trio of races started in a moderate to fresh southerly with the course moved out of The Sound and set between Obelisk Bay and Neilson Park in search of flatter water.  Tinto posted their two worst results in races 10 and 11, enabling Brendan Lee and the Checkmate crew to regain the series lead with one race to sail.  With drops now in play, Stamped Urgent had also closed the gap.

With the wind building to 20-25 knots, things got interesting for Race 12.  It took two General Recalls before the last race of the series was underway.  Tinto collided with the Committee Boat in the final pre-start, were slow off the line and 11th at the first leeward rounding, half-way through the W2 course.  Meanwhile, Checkmate put their spinnaker in the water and the resulting tangle caused them to retire.  Stamped Urgent, the boat placed third in the series, was following John Crawford’s Innamincka in the lead at the first leeward rounding, and held on to post a handy second.

At the conclusion of four day’s racing, Brendan Lee and the Checkmate crew of Daniel Abbas, Daniel Cave, Will Shears, Keren Reynolds and Belinda Christie are the Australian J24 Champions for 2020.  While Checkmate was able to drop their DNF score and finish on 25 points, Steve Wright’s Tinto had a disappointing day posting 8-8-7 to slide back into third place behind David McKay’s Stamped Urgent.

While there were no red flags today, the protest committee were kept busy with eight protests and hearings held on each of the first three days.  It took two hearings to unravel the facts of the start line incident in Race 6 involving four boats which saw two with significant damage and one sinking at Clontarf Beach before reaching the safety of the MHYC Marina.

Many thanks to the Middle Harbour Yacht Club race management volunteers, the protest panel and NSW J24 Association volunteers for enabling the Championships to run so smoothly, and to Marg Fraser-Martin for the great photography.

For the latest results and event information, go to https://www.mhyc.com.au/sailing/regattas-championships/australian-j24-championships-2020 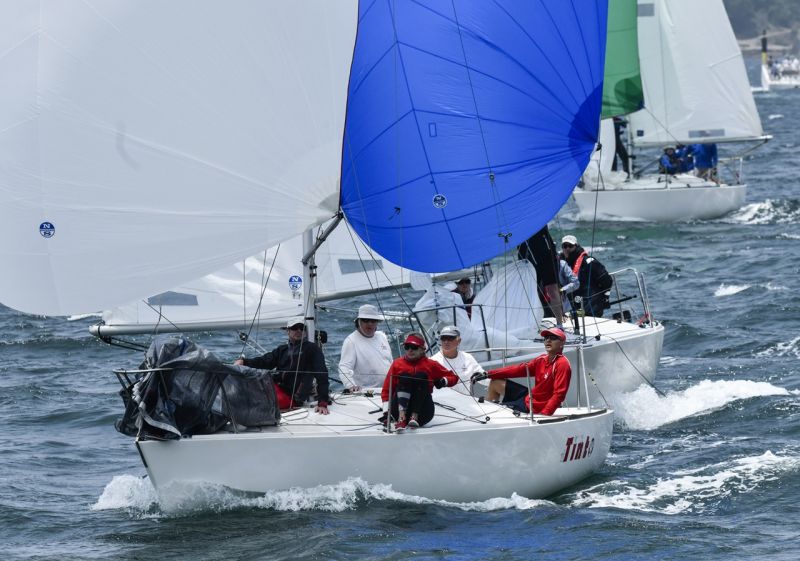 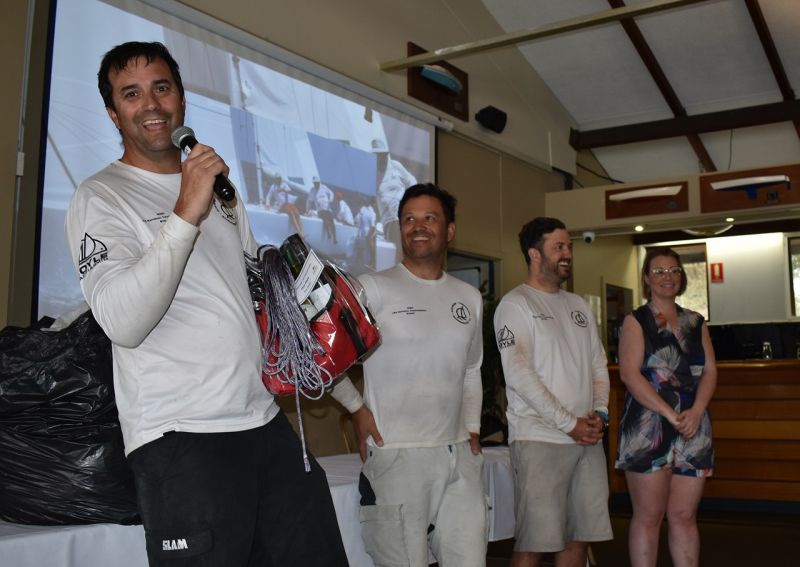