Backchat on top at the Adams 10 Nationals 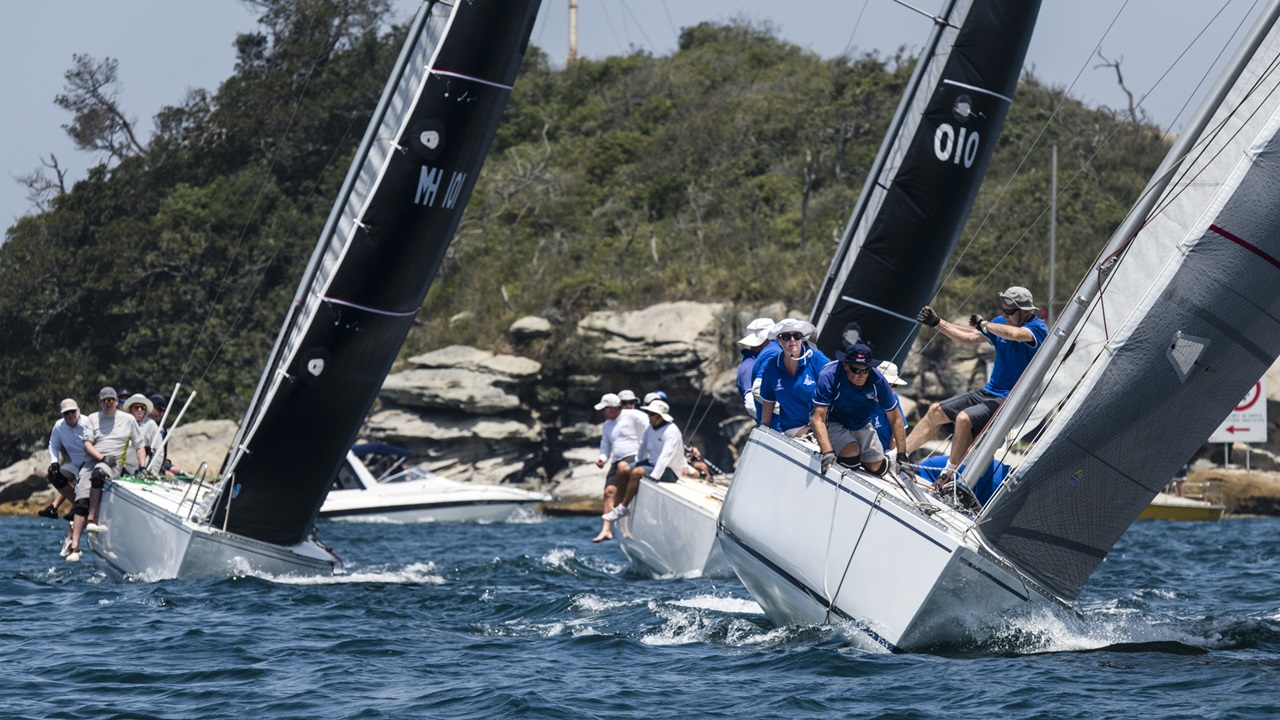 It was a warm and humid start to the second day of the Adams 10 Australian Championships with a gentle north-easterly sea breeze reluctantly appearing just in time for racing.  The strength increased in fits and starts throughout the afternoon, building over 12 knots at 2pm and 18 knots for the final race with an axis steady between 020 and 030 degrees.  Four good races were completed by the MHYC Race Management Team to bring the regatta back on schedule.

Tom Braidwood and the Backchat crew were fast out of the blocks in Race 3, the first of the day.  Backchat finished with a two minute gap to second placed Rock Solid (Mitch Miller) and Lumine Lunae (Kim Darling) third.  Race 4 saw a shake-up of the finish order with Garth Riley’s Sirius first home a minute before No Friends (Geoff Charters) with Backchat in third.  Lumine Lunae posted a disappointing 10th.

For Race 5, Backchat was back on top and consolidating their championship lead, finishing ahead of Powderhulk (Patrick Delany) and Rock Solid.  Let Loose (Ross Bell) was a retirement with gear breakage.  In the freshening breeze, Race 6 saw Backchat taking another win, this time from Tim Gallego and the Another Dilemma crew and Mitch Miller’s Rock Solid in third.

“It was a pretty straightforward day with a steady breeze angle,” commented RO Phil Yeomans.

“We only had one general recall and the fleet responded well to the ‘U’ flag that followed.  There was a port & starboard incident at the top mark in Race 5 and that reduced the fleet for the final race,” he said.

At the end of day two, with three races yet to be sailed, Tom Braidwood and Backchat have built a massive lead in the one-design pointscore from Mitch Miller’s Rock Solid and Kim Darling’s Lumine Lunae.  Geoff Charter’s No Friends leads the handicap pointscore.

For the latest results and event information, click here 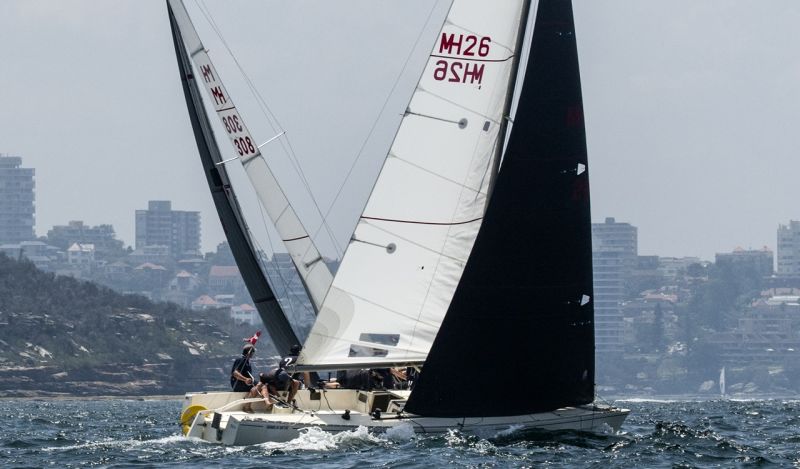 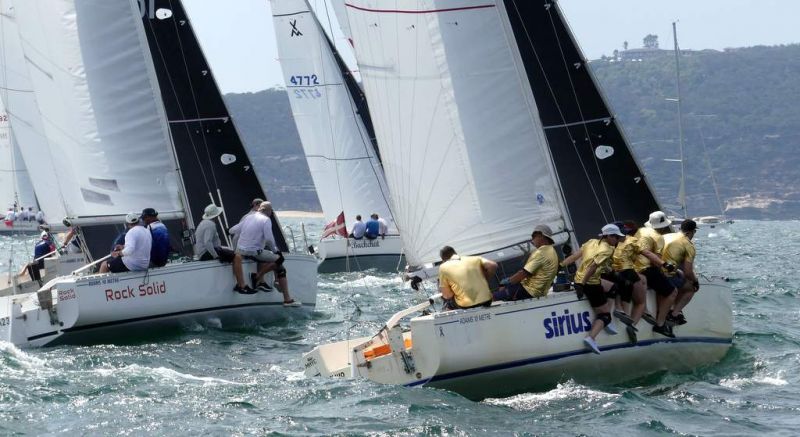