Challenges on day one of the Adams 10 Nationals

Day one of racing in the Adams 10 Australian Championships kicked off at Middle Harbour Yacht Club today with two of the three scheduled races completed on The Sound, Sydney Harbour.

“We had a variable north-easterly all day, rarely getting above ten knots,” said Race Officer Phil Yeomans.

“With the wind against a strong run out tide and a very sloppy seaway, the conditions proved very challenging – even for some of the more experienced sailors.  As conditions deteriorated later in the afternoon and the breeze faded, we were left no choice but to abandon the last race of the day,” he commented.

Tom Braidwood and the Lake Macquarie crew of Backchat took the first bullet of the regatta, finishing a minute clear of Lumine Lunae who just managed to hold off Contentious (Brian Lees).  Kim Darling’s Lumine Lunae (otherwise known as L2), with Lake Macquarie’s Justin Mitchell calling the shots from the middle of the boat, replied with a ten second win over Backchat in race two.  Sirius (Garth Riley) was third.

Weather permitting, the MHYC race management team are aiming to run four races tomorrow to bring the program back on schedule.  Racing concludes on Monday afternoon.

For the latest results and event information, click here

Day One Photos by Marg Fraser-Martin 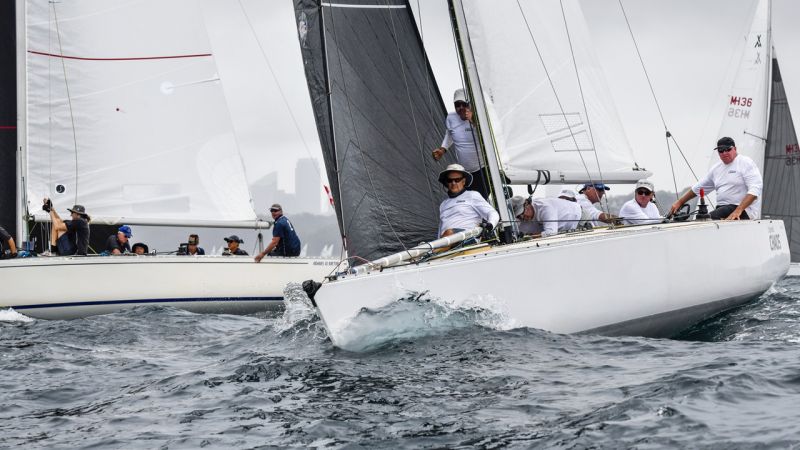