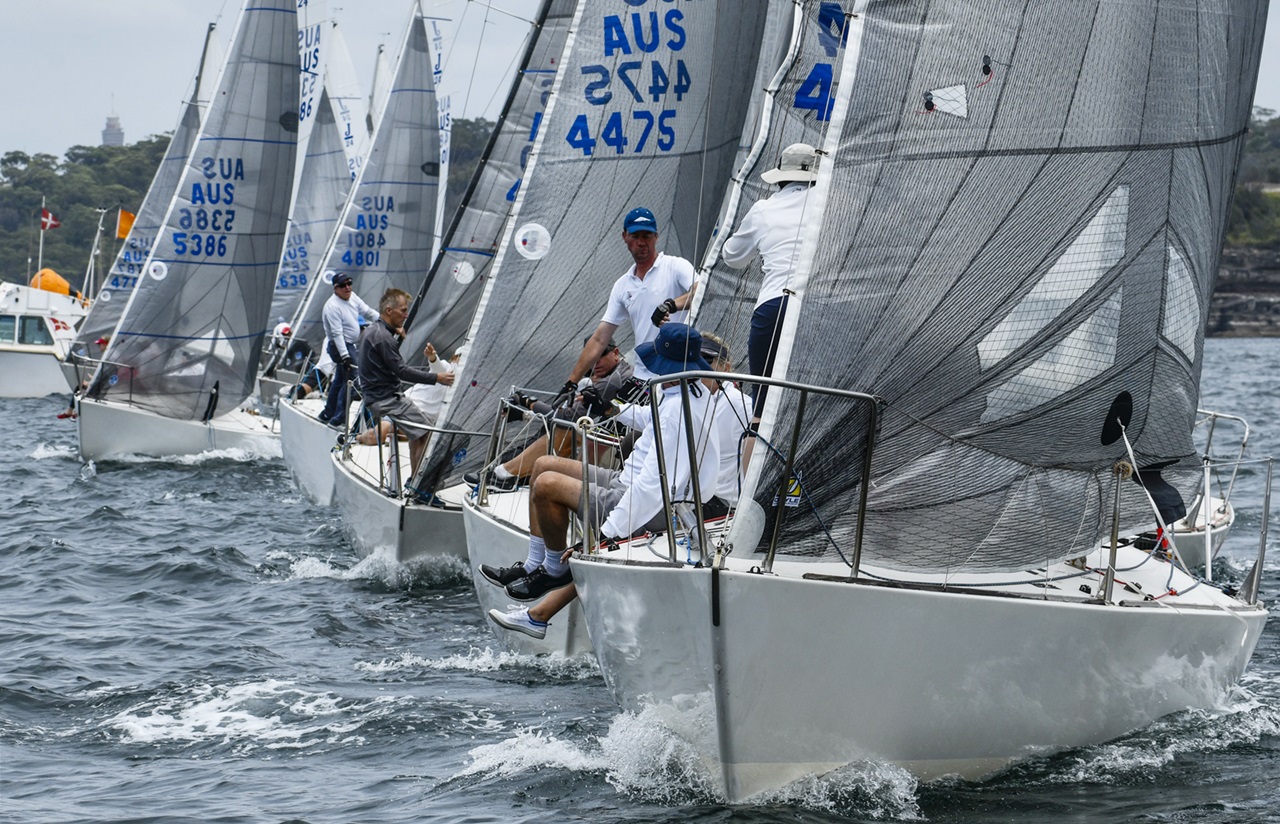 Day one of the 2020 J24 Australian Championships saw sixteen crews from NSW and Victoria racing on The Sound of Sydney Harbour in a light south-easterly becoming moderate.  It was a gentle start to four days of racing, with wind strength and temperature forecast to rise as the event progresses.

Brendan Lee, the 2019 National Champion from Sandringham in Victoria, has returned to defend his title with his new boat Checkmate.  In the first race of the day, Lee was third behind Steve Wright’s Tinto (Cronulla SC), the runner-up for last year’s championship, but thirty seconds ahead was Middle Harbour sailor John Crawford and the crew of Innamincka.  In race two, Checkmate took a narrow win from David West’s Ace (MHYC) and Tinto was third.

For the final race today, Race Officer Steve Tucker signalled for three laps of the windward-leeward course running from south of Cannae Point out through the Sydney Heads, where the breeze held steady around 130 degrees throughout the afternoon and kept the fleet clear of the ferry lanes. David McKay’s Stamped Urgent, the Cronulla team who placed third at the 2019 Nationals, were first home ahead of Simon Grain’s Jet (Sandringham YC) and Brendan Lee’s Checkmate.

At the end of day one, Checkmate (Brendan Lee) leads the series score by 3 points with Tinto (Steve Wright) second and Innamincka (John Crawford) third but on equal points with Stamped Urgent (David McKay) who are the wrong side of a tie-break.

Nine more races are scheduled for the Championships, with racing concluding on Sunday.  The event is being conducted by Middle Harbour Yacht Club.

For the latest results and event information, go to https://www.mhyc.com.au/sailing/regattas-championships/australian-j24-championships-2020 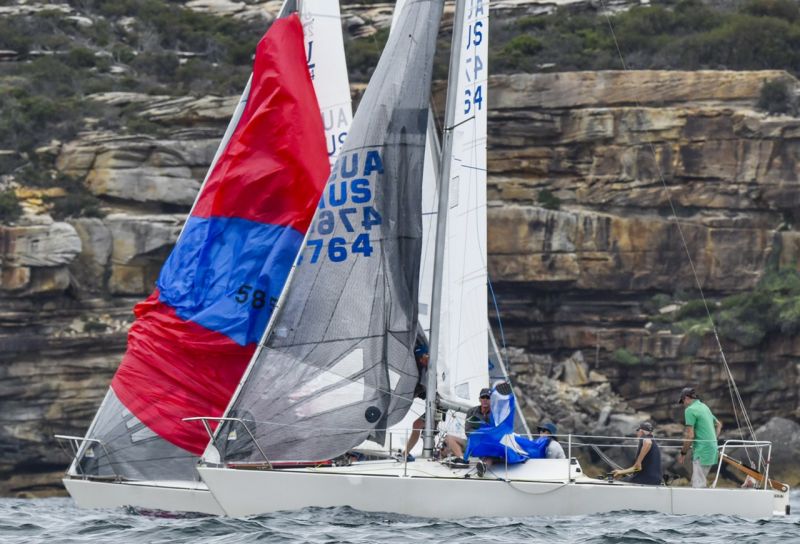