The wind was looking dire as we cast out eye down the glassy waters of Middle Harbour shortly before race 3 of the Winter pursuit series. The Adams 10 class came to a unanimous decision to abandon their division leaving the race committee the difficult task of picking a course appropriate for a possible shorten if the rest of the fleet managed to get away. The sailors were keen to try and the horn blew at 12.30 with very little wind coming from the nor west but just enough for most to fill a spinnaker setting them off at a snail’s pace.  A shorten was inevitable and the race committee set up at Lady Bay for the shortened course.

(Sandy Farquharson) only a second behind for third place. 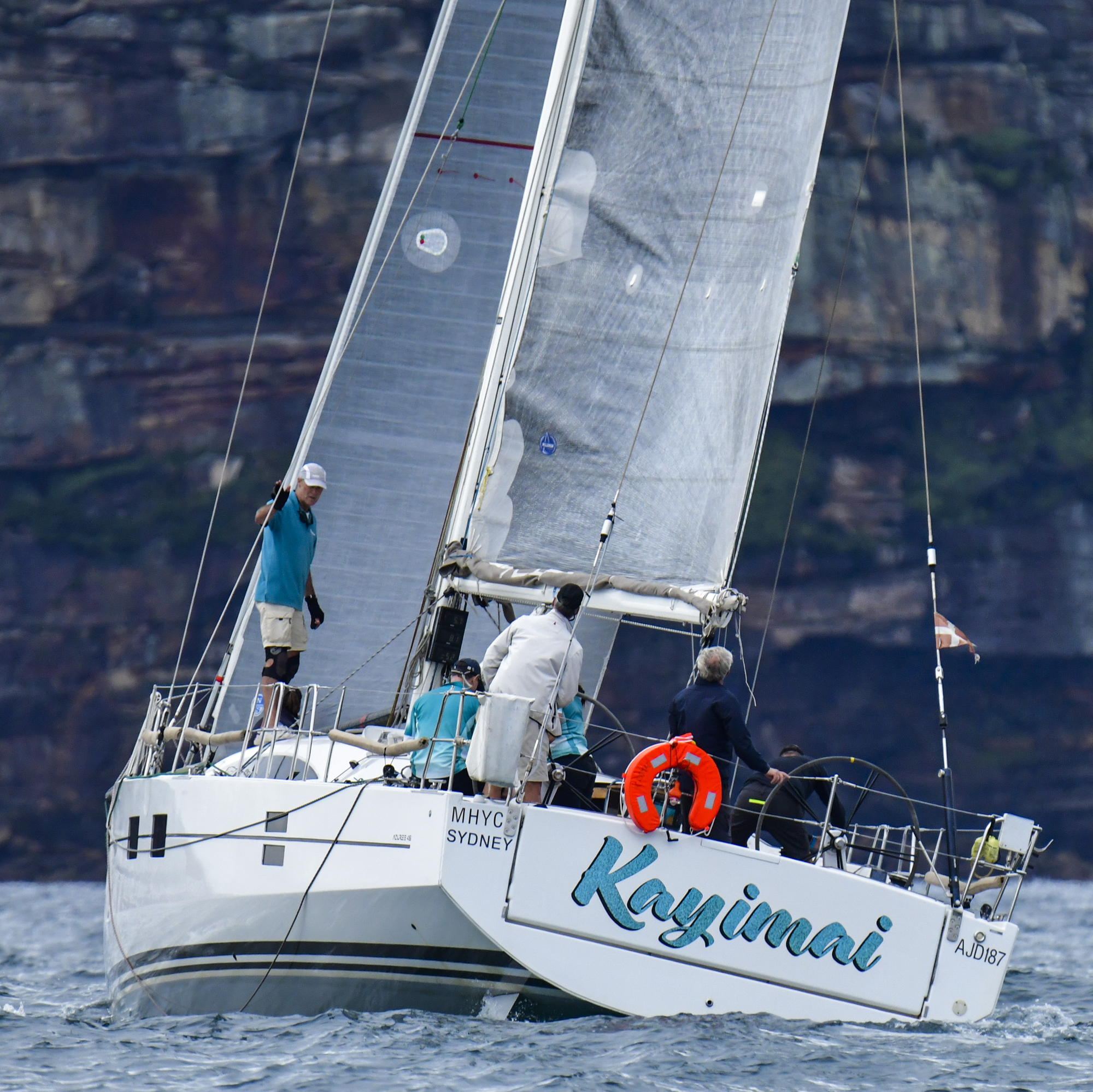 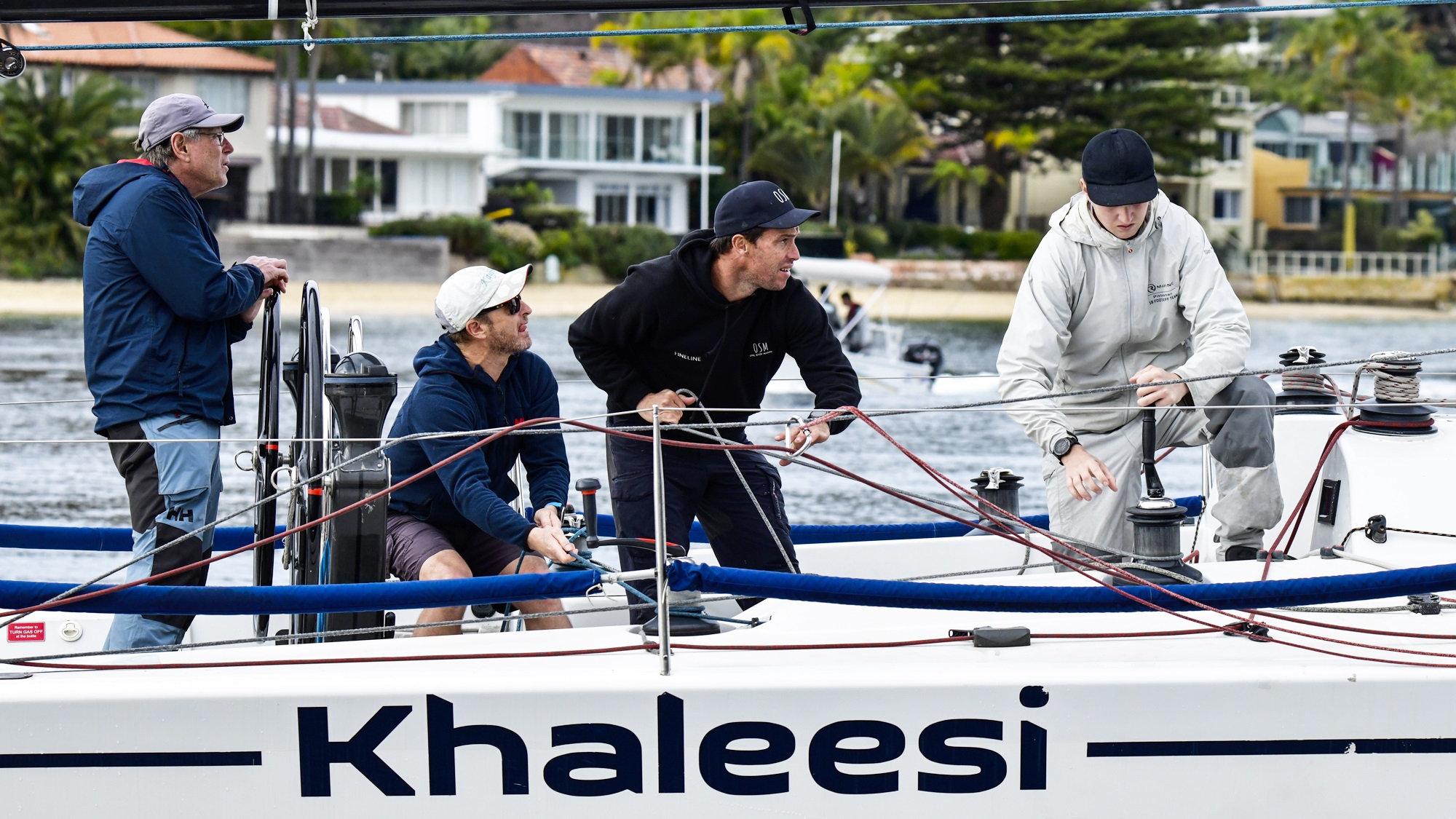 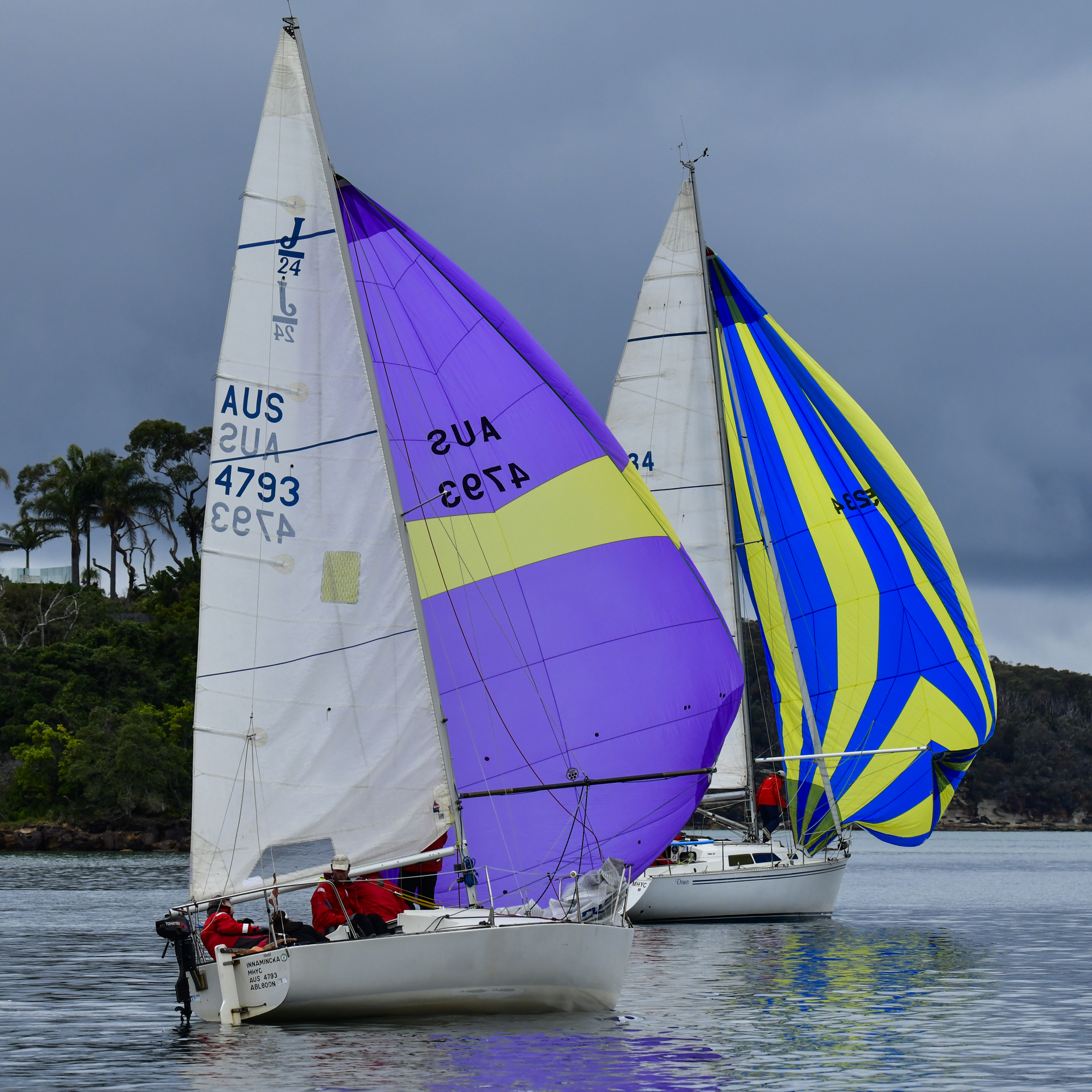 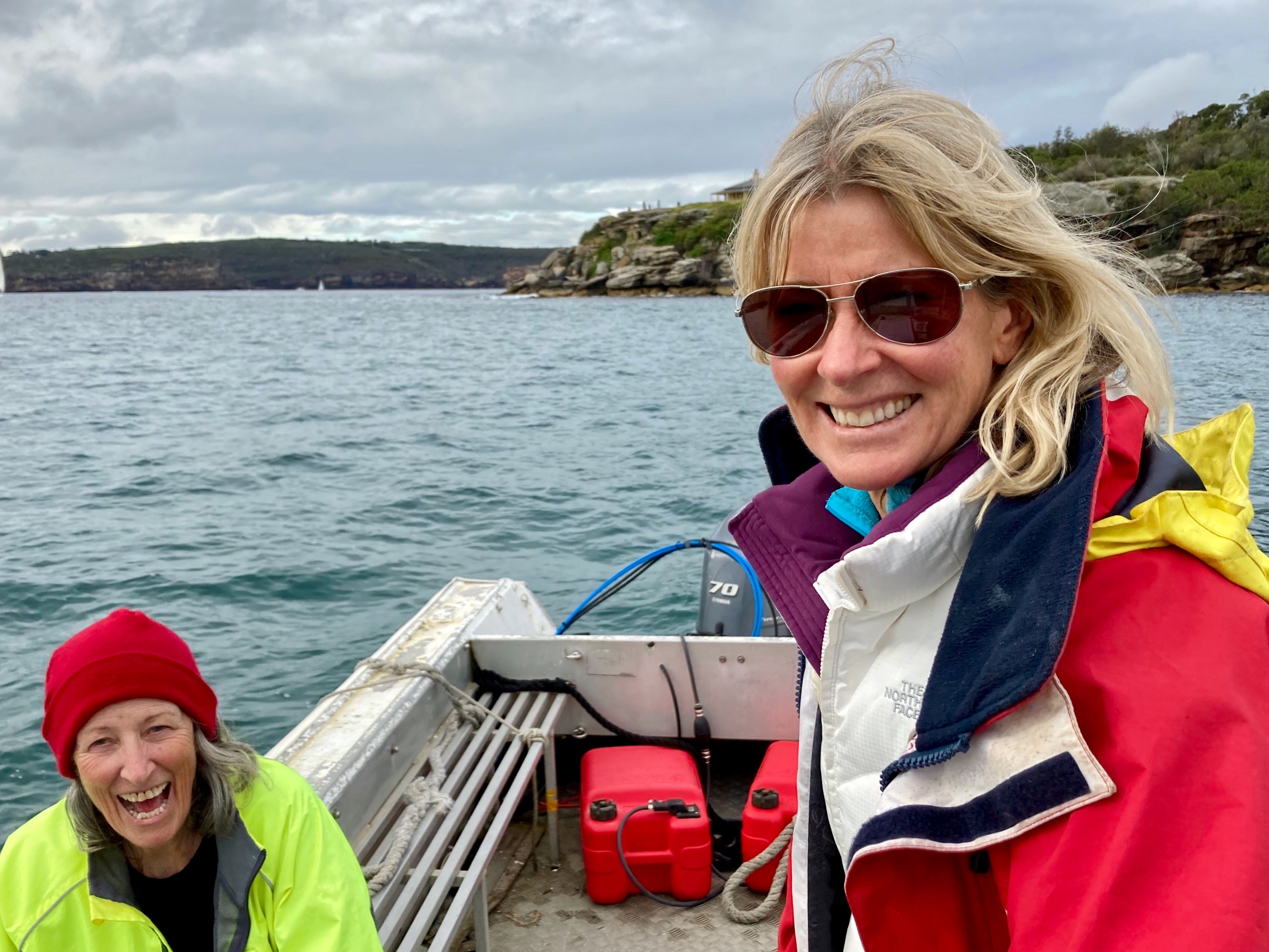 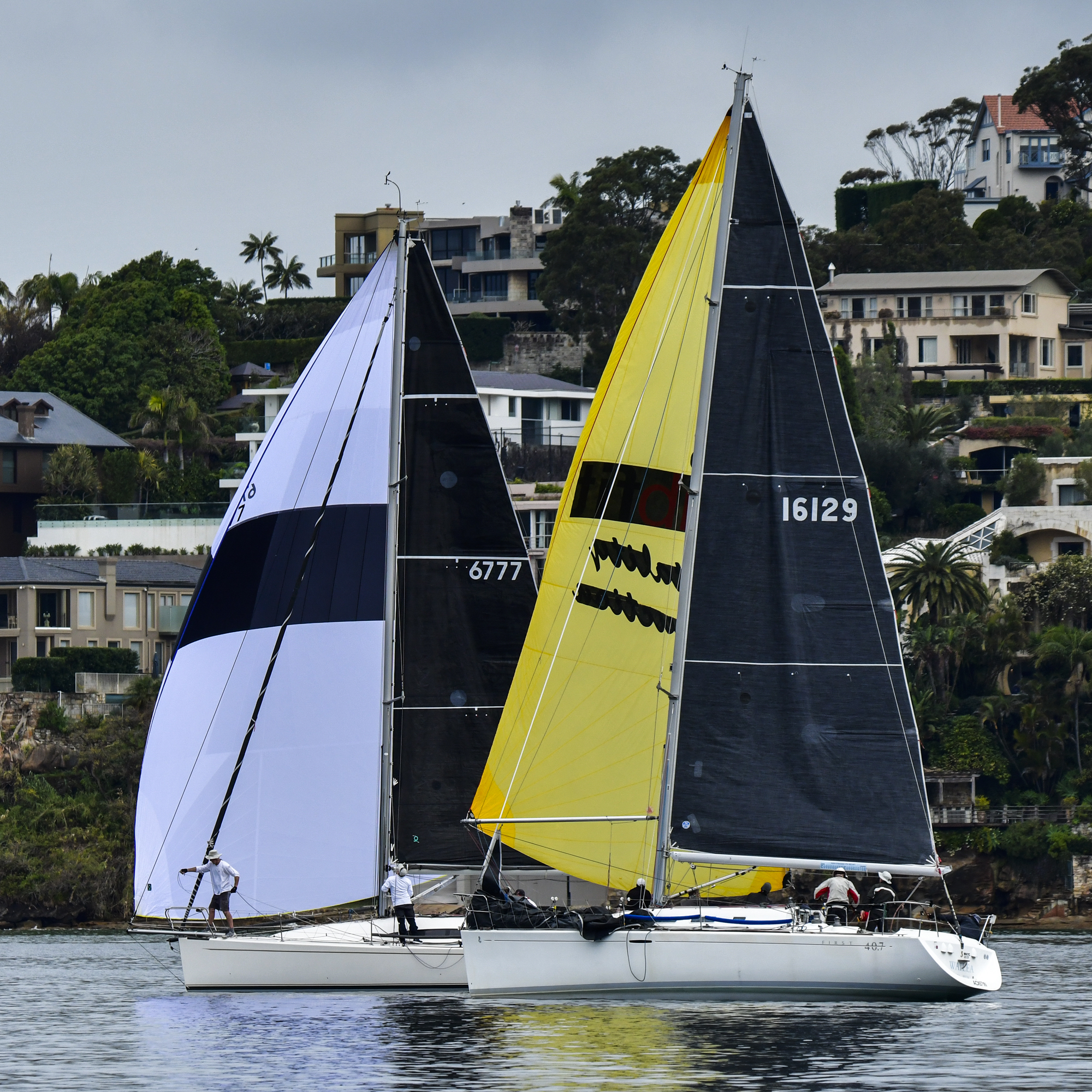 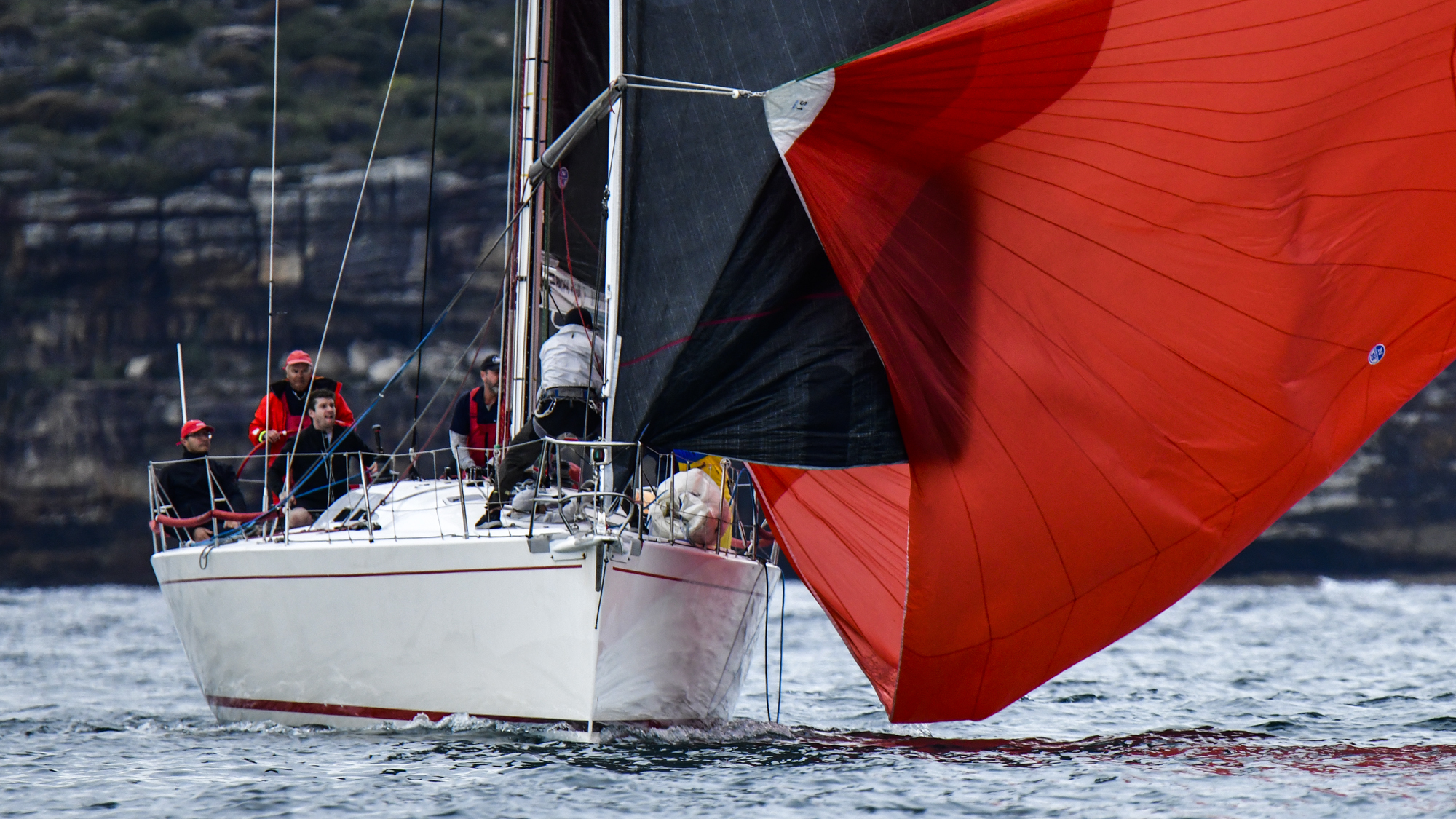